Episode #218: Keyboards for developers, Python, and some history 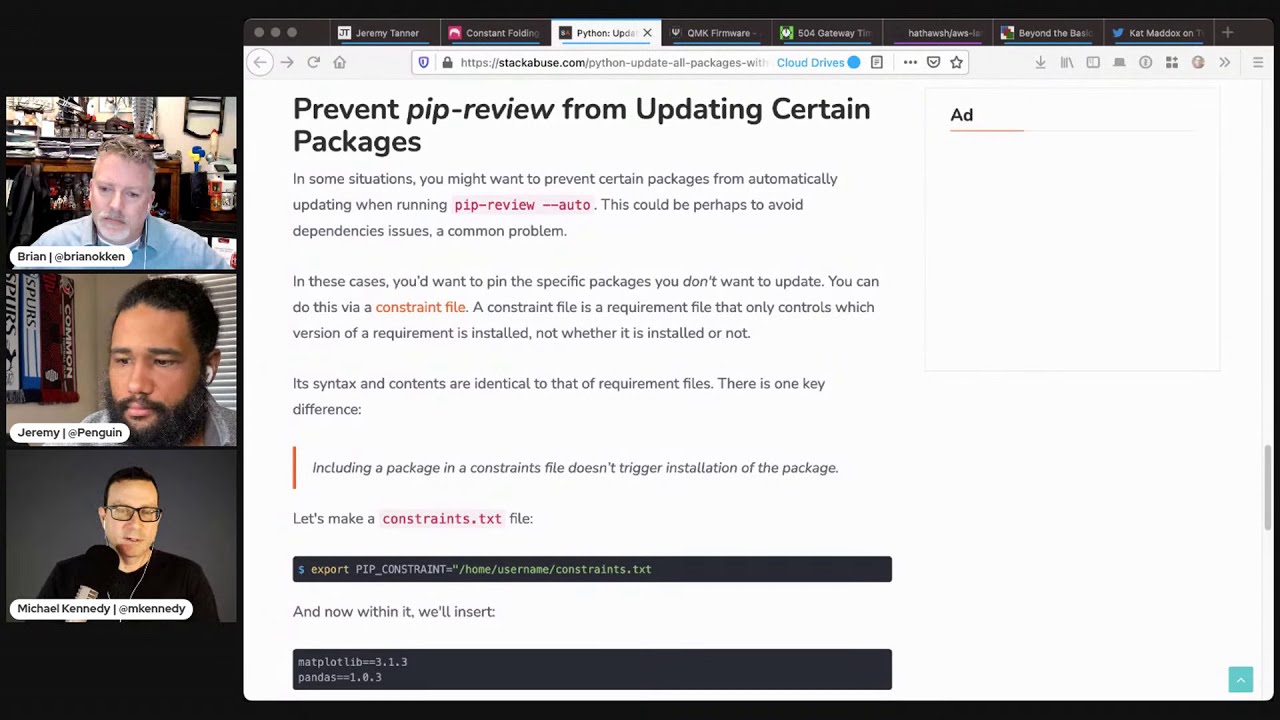 Michael #2: Update All Packages With pip-review

Jeremy #6: Beyond the Basic Stuff w/Python