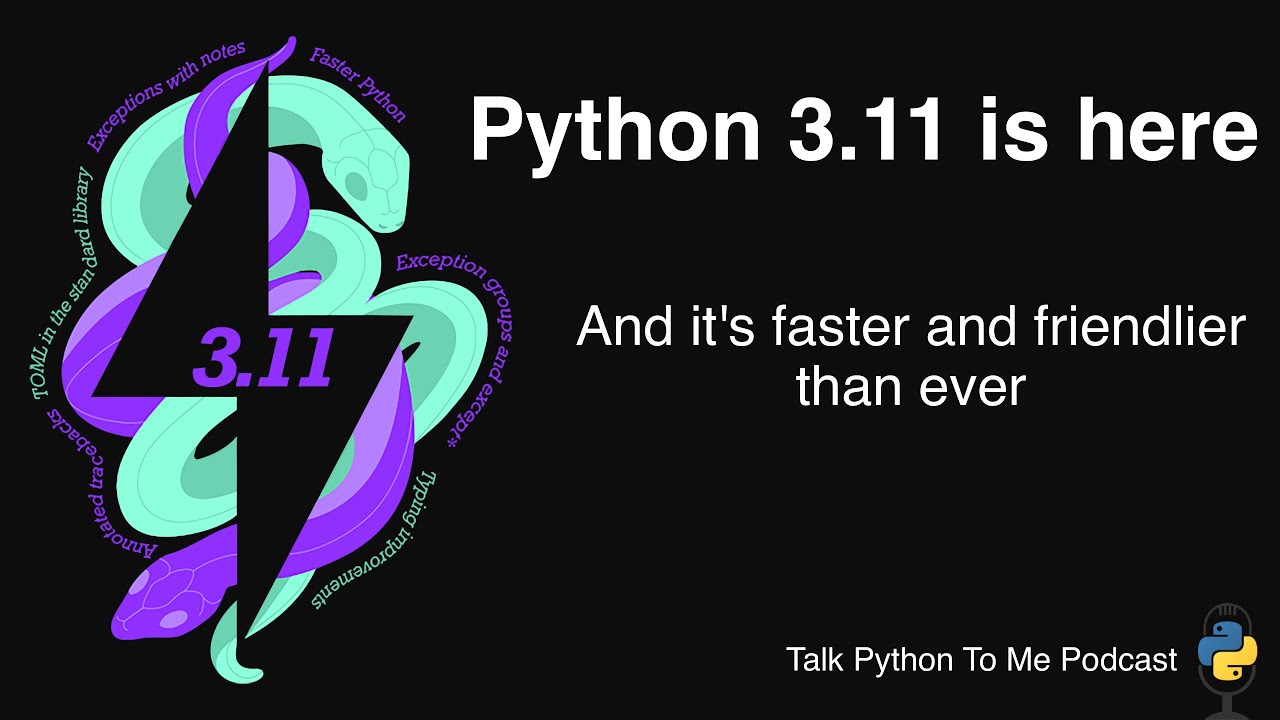 Hi folks. For our final episode of 2022 here on Python Bytes, we're crossing the streams with my other show, Talk Python To Me.

I present to you one of the more important episodes of the year, the release of Python 3.11 with it's new features and 40% performance improvements.

Thank you for listening to Python Bytes in 2022, have a great holiday break, and Brian and I will see you next week.

Python 3.11 is here! Keeping with the annual release cycle, the Python core devs have released the latest version of Python. And this one is a big one. It has more friendly error messages and is massively faster than 3.10 (between 10 to 60% faster) which is a big deal for a year over year release of a 30 year old platform.

On this episode, we have Irit Katriel, Pablo Galindo Salgado, Mark Shannon, and Brandt Bucher all of whom participated in releasing Python this week on the show to tell us about that process and some of the highlight features.

Resources from the show